All You Need To Know About Gynecomastia (Man Boobs) 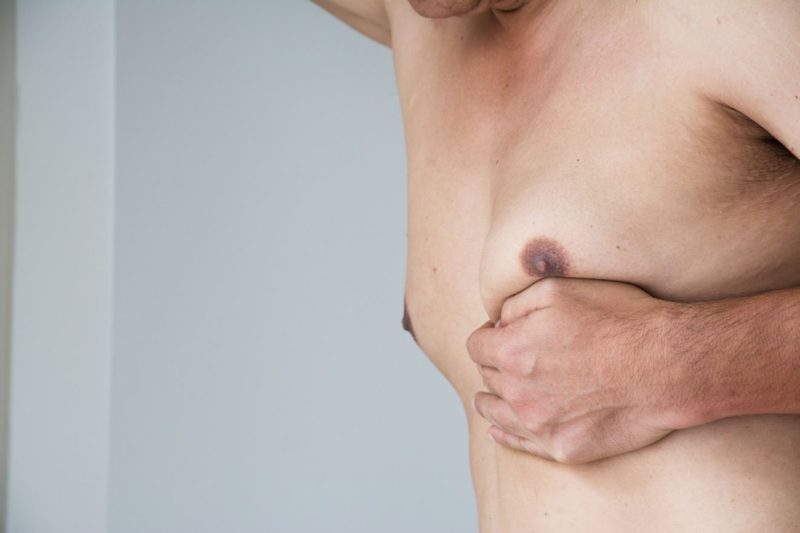 Gynecomastia – often referred to as ‘man boob’s’ – is more common than you may think. Research from the New England Journal of Medicine has shown that it affects almost 70 percent of adolescent boys, and 65 percent of middle-aged and older men.

Gynecomastia refers to the medical condition where male breast tissues increase in size. Those suffering from gynecomastia have excess glandular tissue present, often as a result of hormonal imbalance.

Hormonal imbalance is one big factor. In short, testosterone controls male traits such as muscle mass and body hair, while oestrogen is responsible for female traits, including the growth of breasts. A common misconception is that oestrogen is an exclusively female hormone, but in fact, men also produce it in small quantities. When male oestrogen levels are too high, gynecomastia can occur.

While gynecomastia is naturally prominent during puberty due to changes in hormone levels, it can also be an indication of serious medical conditions such as testicular cancer. For most cases, the swollen breast tissue tends to go away without treatment within six months to two years. As for older men, the condition can peak again between the ages of 50 and 69; at least one out of four men in this age group is affected! Hormonal fluctuations as a result of health issues like kidney failure, liver problems and malnutrition, can also lead to gynecomastia.

You can use the gynecomastia pinch test method to determine whether you may suffer from gynecomastia. Use your fingertips to feel for soft, rubbery lumps in your breasts, or directly beneath the nipple area. It can develop in one or both breasts. The size of the lump varies and it may not be the same in both breasts. The swelling of the glandular breast tissue may result in soreness – especially when you press on the skin. If the pain or discomfort is significant, make an appointment with your doctor as soon as possible!

Table of Contents show
1 What is it?
2 Common causes
3 How to check